On June 23 and 24, 2022, Yuri Kofner, economist, MIWI Institute, took part in the last module of the Europa Academy of the Freedom Education Institute (FBI). The final module took place in Brussels with a rich program.

Zanni admitted: “Should a future centre-right government become more defensive of Italy’s national interests after the general elections in summer 2023, the European Commission might respond with the new rule of law sanction mechanism, just as it is already did with Hungary and Poland”.

The right-wing democrat stated: “Voter turnout is falling everywhere in Europe. Citizens are tired of the mainstream politicians and are losing faith in democracy because the globalist elite acts in disregard with voter demands. The political dichotomy is no longer between left and right, but between the woke “anywhere” and the identitarian-social “somewheres”.

In the opinion of the ID parliamentary group leader, the future of Europe lies in a reform of the European institutions towards an EEG 2.0 with a return of many important competencies to the nation states. 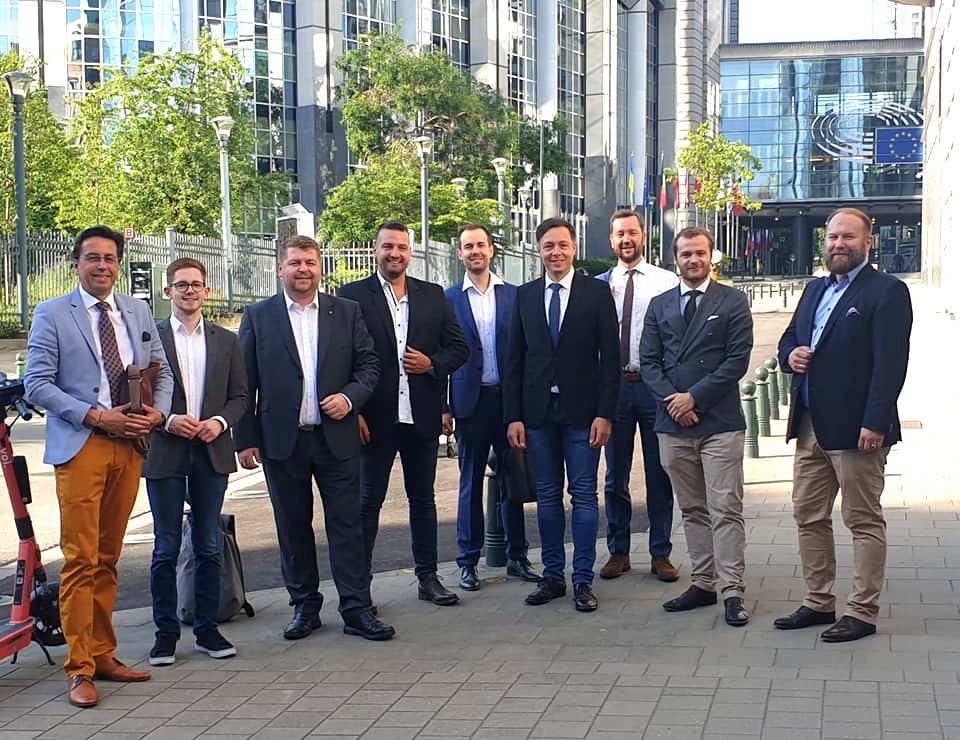 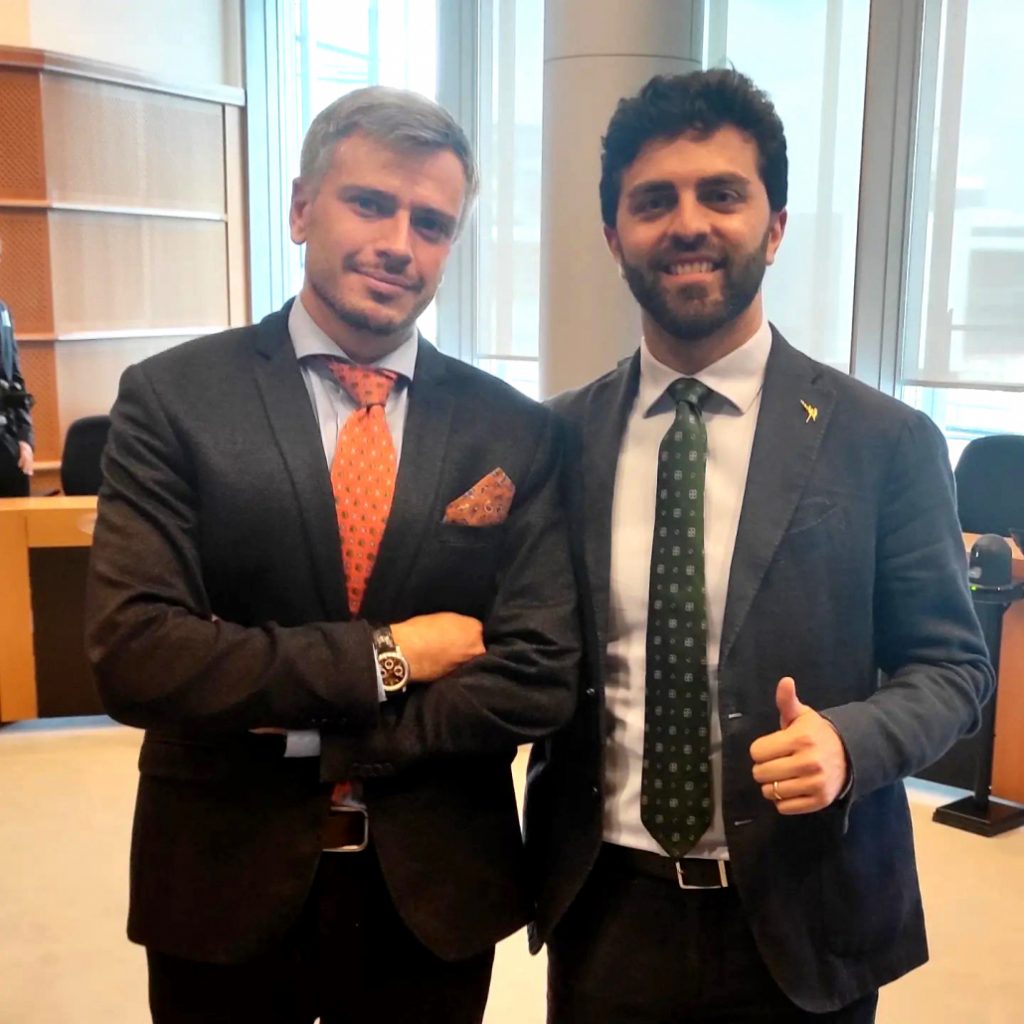 Next, the seminar participants met with the three MEPs of the FPÖ group of the ID parliamentary group in the European Parliament: Roman Haider, Georg Mayer and Harald Vilimsky.

In their opinion, the future of Europe depends largely on economic policy in Germany, which is objectively the most economically and politically influential member state in the EU.

The exit of Germany from the EU is considered wrong. Firstly, this motion would not majority capable. A maximum of 7 to 10 percent of the German people would be in favour of Dexit. Secondly, a reform of the EU towards European integration at different speeds with a Central European core Europe is considered as the right way.

“Important competencies, such as agricultural policy, must be returned to national hands. The euro could be split into a northern and a southern currency,” said MdEUP Vilimsky. 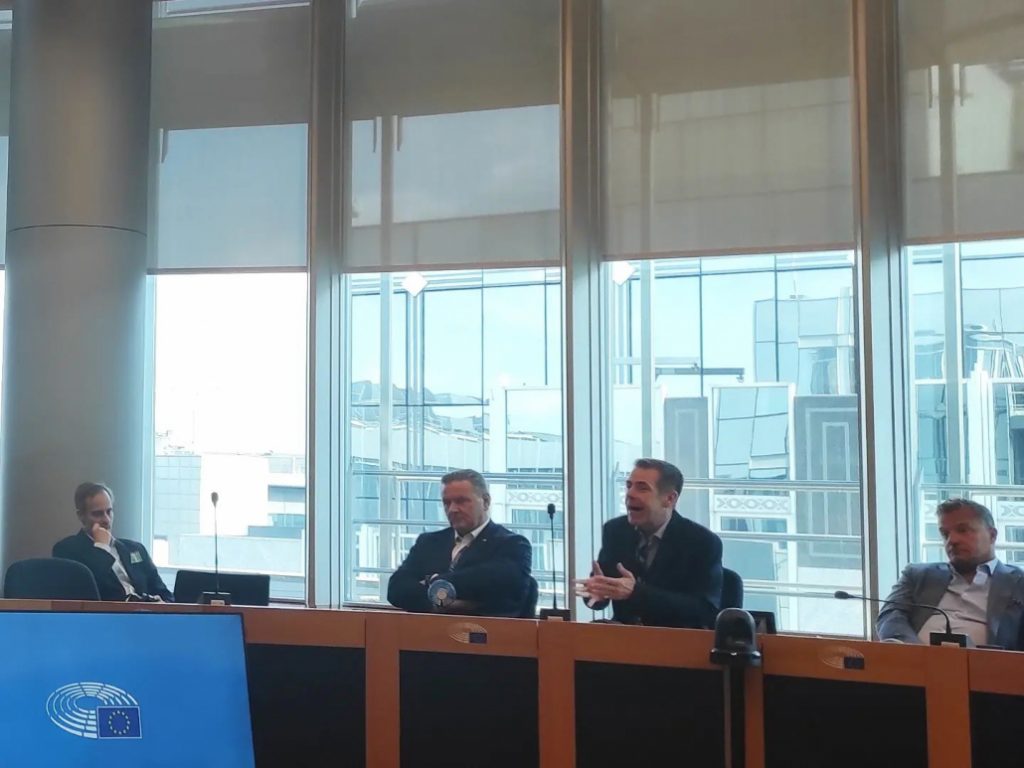 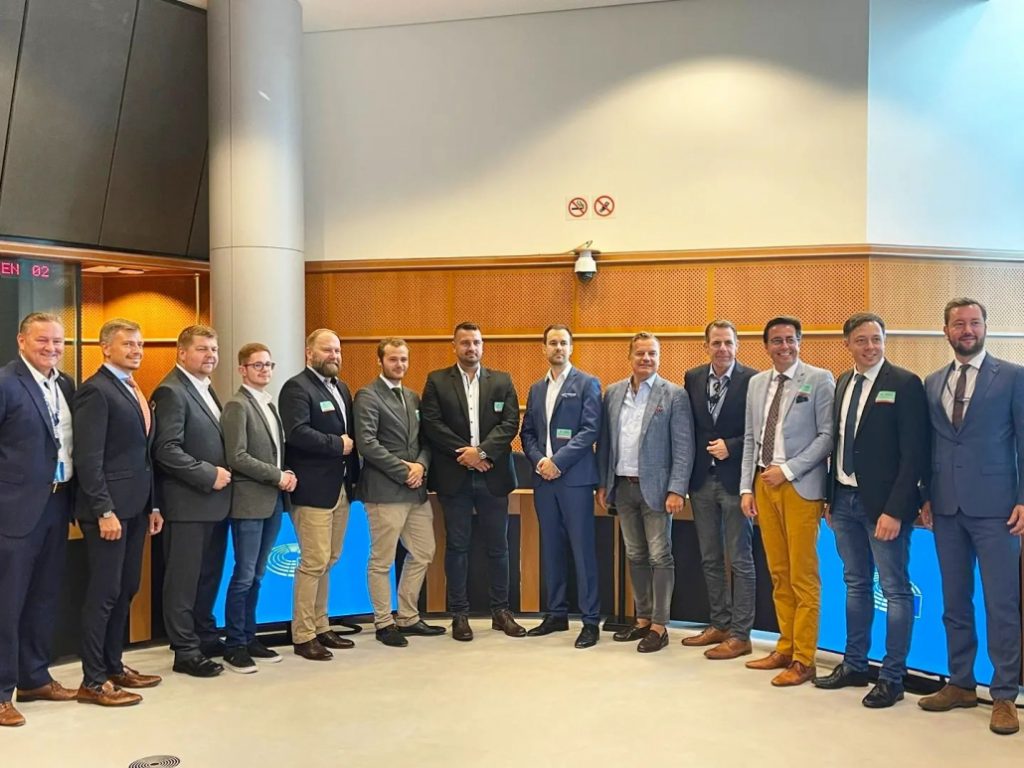 In the afternoon there was also a conversation with Nicolaus Fest, the chairman of the AfD group of the ID parliamentary group in the European Parliament. The former deputy editor-in-chief of the BILD newspaper reported on the EU’s undesirable developments.

For example, he considered the supposedly “civil society” conference on the future of Europe as a pseudo-democratic farce, since all the outcomes were determined in advance by the European Commission.

“The EU is being converted at lightning speed into a debt, fiscal and transfer union, mainly at the expense of the German economy and taxpayers. Germany must put a stop to this under a “blue” federal government.”

When asked whether there was agreement among the European right-wing parties on the counter-model to the progressive centralization of the EU, Fest explained: “The Italian Lega would be ready for a rollback of the European redistribution system. It is understood in Rome that the massive EU subsidies and the euro make the Italian economy dependent and weak”. 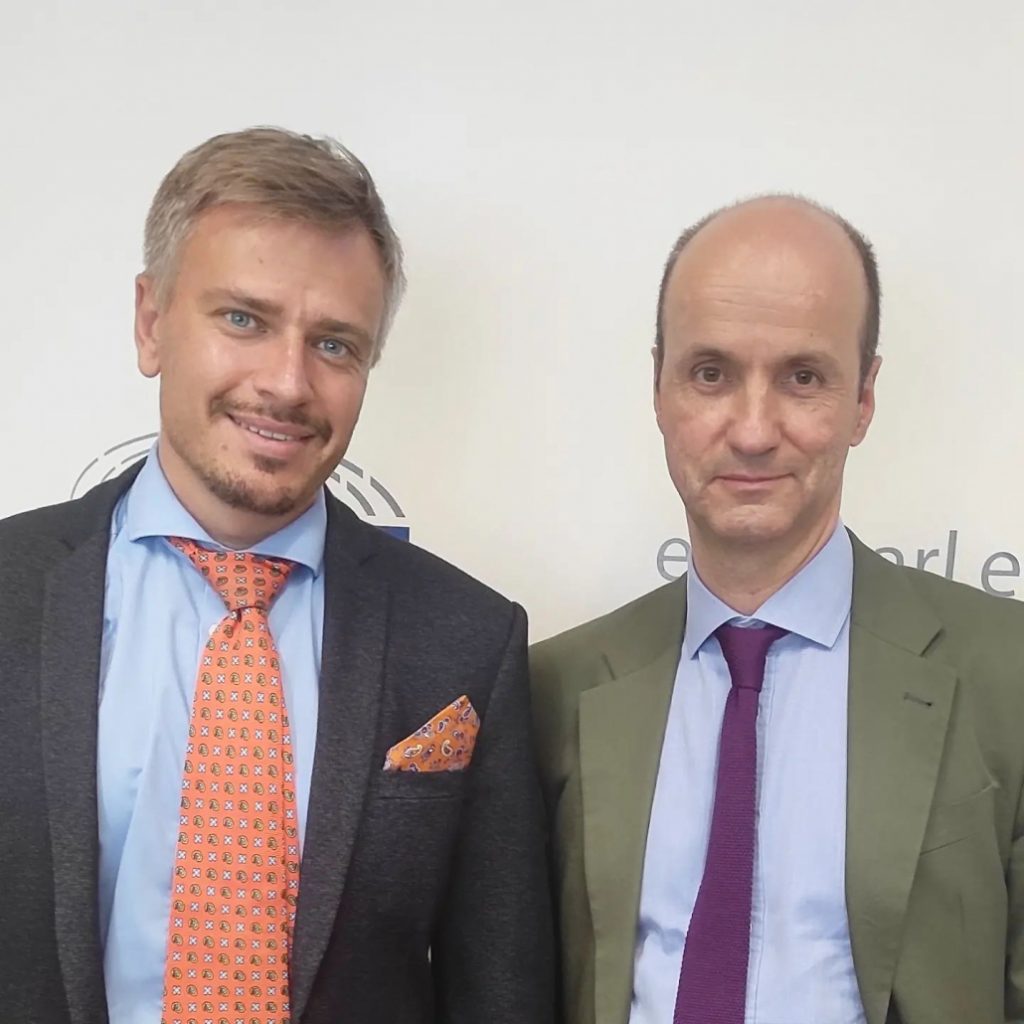 The next day, in the European Commission, an interesting but sobering conversation took place with Dr. Moritz Röttinger, Directorate-General for the Internal Market, Industry, Entrepreneurship and SMEs.

From the conversation it became clear that the highly competent officials of the Commission certainly work diligently and correctly within the limits of their powers.

The problem is that the EU has delegated far too much power to the Commission away from national states. Even more problematic is the fact that the Commission is aware of the economic criticism against further centralization, e.g. the criticism that the euro weakens Italy’s competitiveness. However, the officials seem to be quite irrelevant to this criticism. It was countered that the euro allegedly had “no alternative”.

“But of course, there is an alternative”, countered Kofner: “A reform of the EU towards a new European Economic Community 2.0”. 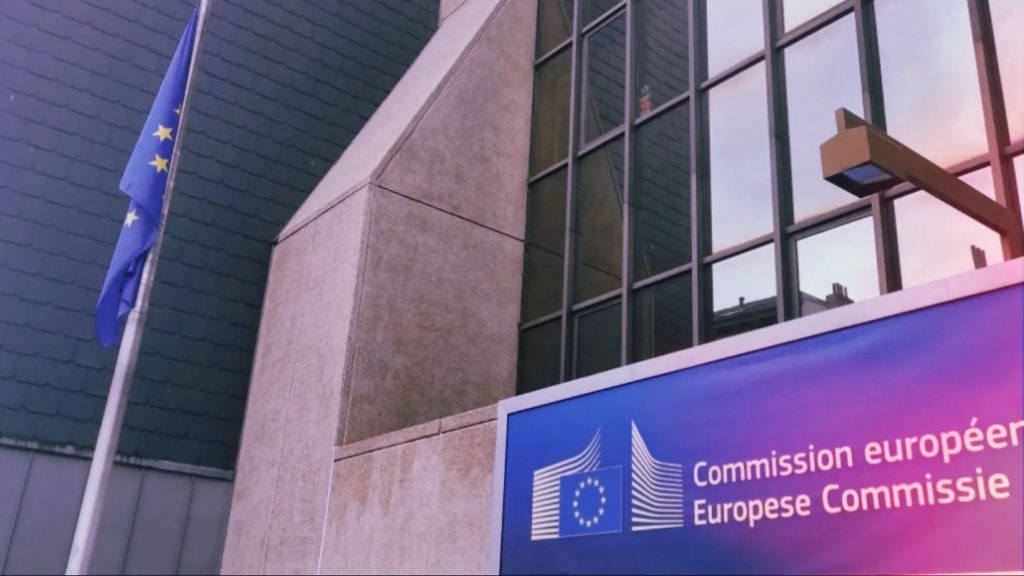 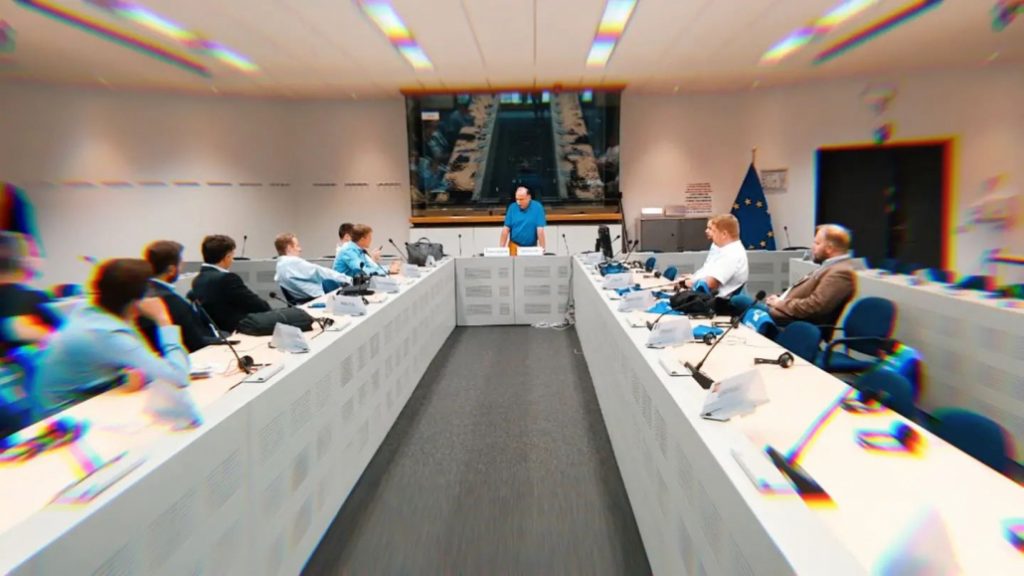 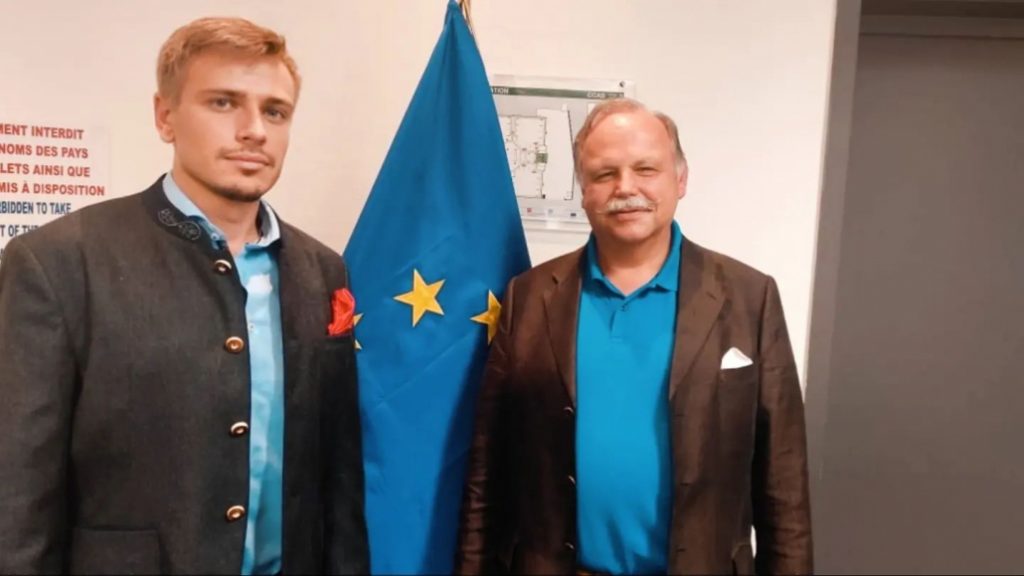 In the afternoon, the delegation visited Bob de Brabandere, Senator for the “Vlaams Belang” in the Federal Parliament of Belgium.

The Flemish National Party criticizes the significant fiscal transfer from the country’s industrial north (Flanders) to the rural south (Wallonia), and also for migrants. Because of this, Belgium also has the highest income taxes among OECD countries.

The official aim of the Vlaams Belang is independence from Flanders, primarily for cultural and historical reasons, but also as an economic solution. Surprisingly, however, this requirement does not violate the Belgian constitution. Furthermore, the Vlaams Belang wants to massively reduce taxes, significantly simplify tax law, stop mass immigration and provide the welfare state to only those who really deserve it.

With 25 percent according to polls, the Vlaams Belang is very successful and is likely to take over government responsibility in 2024.

The culmination of the Europe Academy was participation in the Ons Europa Forum of the ID party, which took place in the evening with over 300 visitors in the historic trading exchange (founded in 1531) in Antwerp.

At the forum, Yuri Kofner discussed with Davide Quadri, secretary for international cooperation of the Lega party potentials for research cooperation with the MIWI Institute. 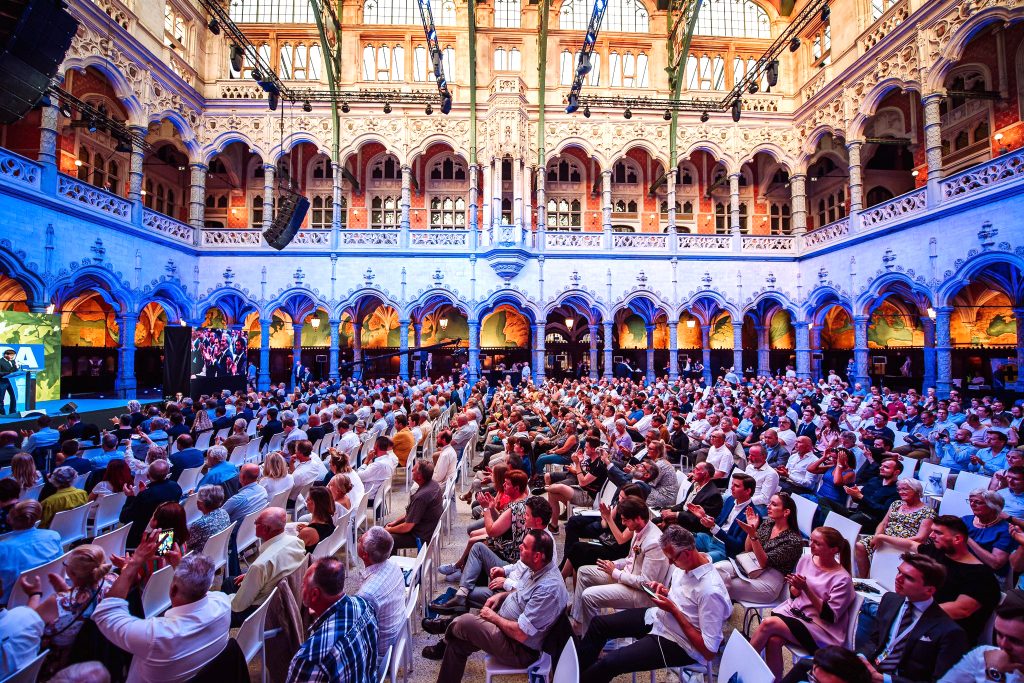 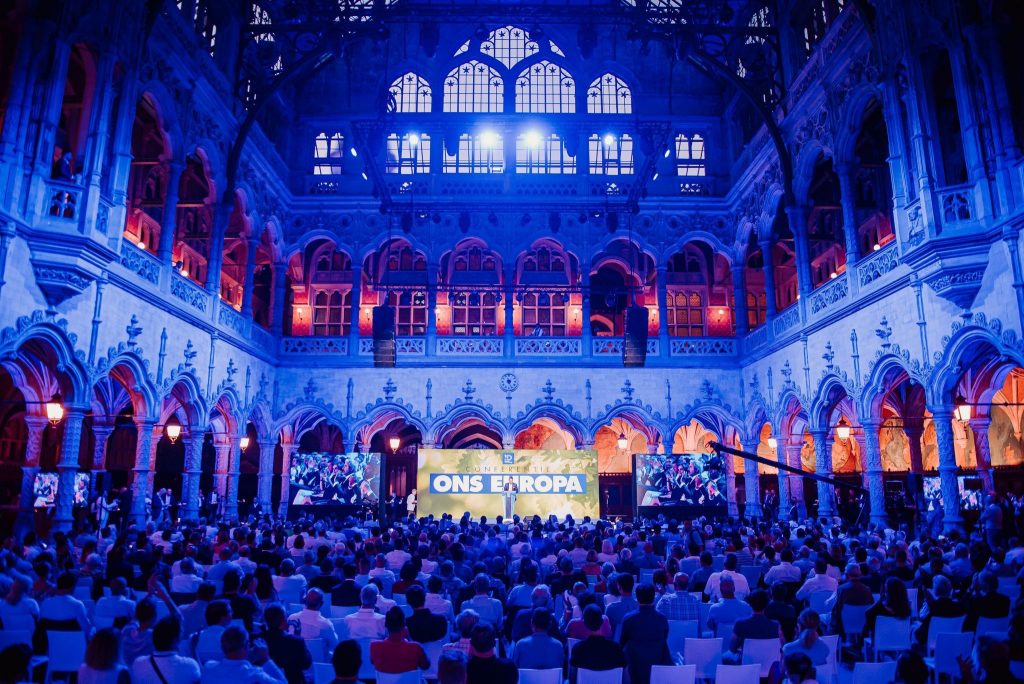