A study by Bayerlein M. and Metten A. (2022)[1] examines why the AfD was unable to benefit politically from the corona crisis and why the election losses of the last two years could relate to the party’s positioning on the topic.

Times of crisis have always been seen as a catalyst for protest parties and opposition forces. With the start of the lockdown policy and the expected economic upheavals for small and medium-sized companies in Germany, there were great expectations that the AfD, as a party of freedom and self-determination, could expand its electoral potential. Between 2018 and 2019, the party reached up to 18 percent in polls and was always able to record stable values ​​between 14 and 17 percent. However, with the start of the corona restrictions, an increasing downward trend followed, which finally led to a low point of 7 percent in the surveys at the end of 2020.

There were many possible explanations for these losses. Some suspected the party’s ambivalent attitude at the beginning of the pandemic and the months that followed. Initially, it was the AfD that called for a tough lockdown, closed borders and entry bans from China. A few months later, however, there was a 180 degree turn and the party positioned itself as the advocate for the opponents of the measures. It remains to be seen whether one blames a failed communication strategy at the beginning of the pandemic or the general knowledge deficit in March 2020.

The second explanation referred to a fundamentally growing trust in the government in times of crisis. Government usually enjoy special trust, especially in existential crises that are associated with increased communication of fear.

These and other explanations have now been examined in the recently published study by Bayerlein M. and Metten A. (2022) “The Impact of COVID-19 on the Support for the German AfD: Jumping the Populist Ship or Staying the Course?”.

The authors of the study used various models of logistic regression analysis to examine the attitudes of AfD supporters towards the corona measures, focusing in particular on the variables of willingness to change vote, regional contexts and the different policy dimensions in the approval and rejection of the measures.

Based on their hypotheses, the authors of the study came to three conclusions.

First, Corona was perceived by the population as an exogenous event. A natural disaster in which it was initially difficult to derive and communicate direct political responsibility. In contrast to the issues of the euro and migration crisis, no oppositional momentum aimed at the political failure or incompetence of the decision-makers in the government was able to build up. Corona was therefore a cross-cutting issue that could not be brought into clear coverage with the other key issues of the AfD and was therefore not part of any direct personal responsibility matrix. 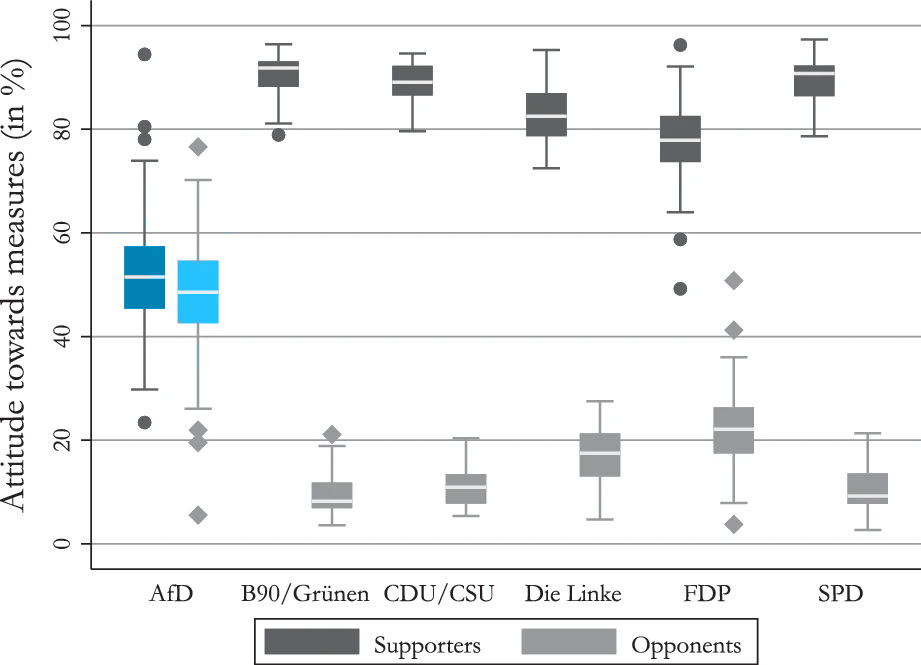 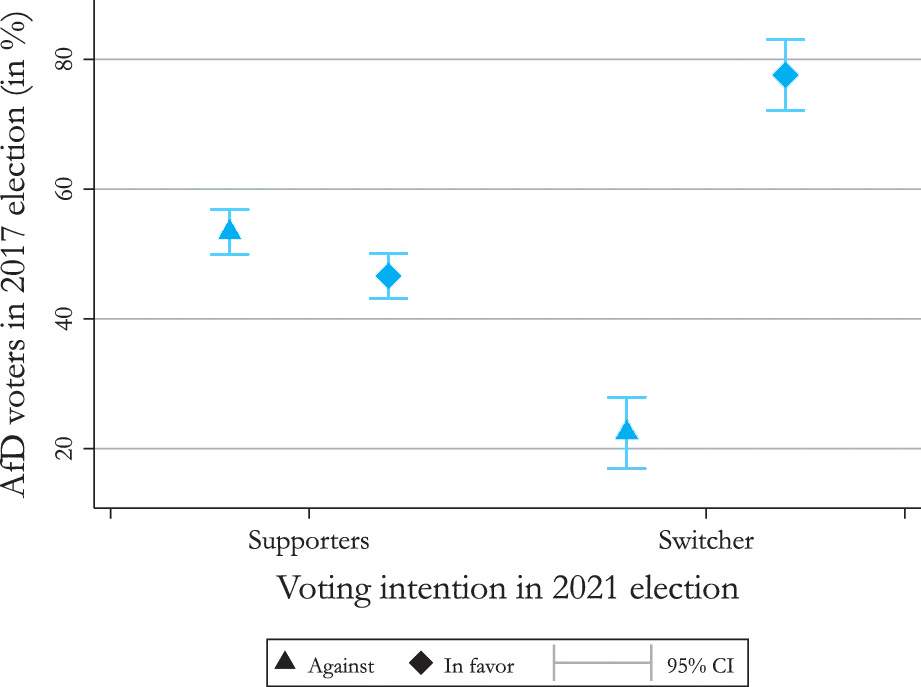 Thirdly, in western Germany, high incidence figures correlated with falling support for the AfD, while in eastern Germany the opposite effect was observed. This makes it clear once again that the party ties to the AfD in the east are much stronger than in the west. However, the authors of the study themselves note that the significance of a causal relationship between the 7-day incidence and approval for the AfD is only very weak (Fig. 3.). 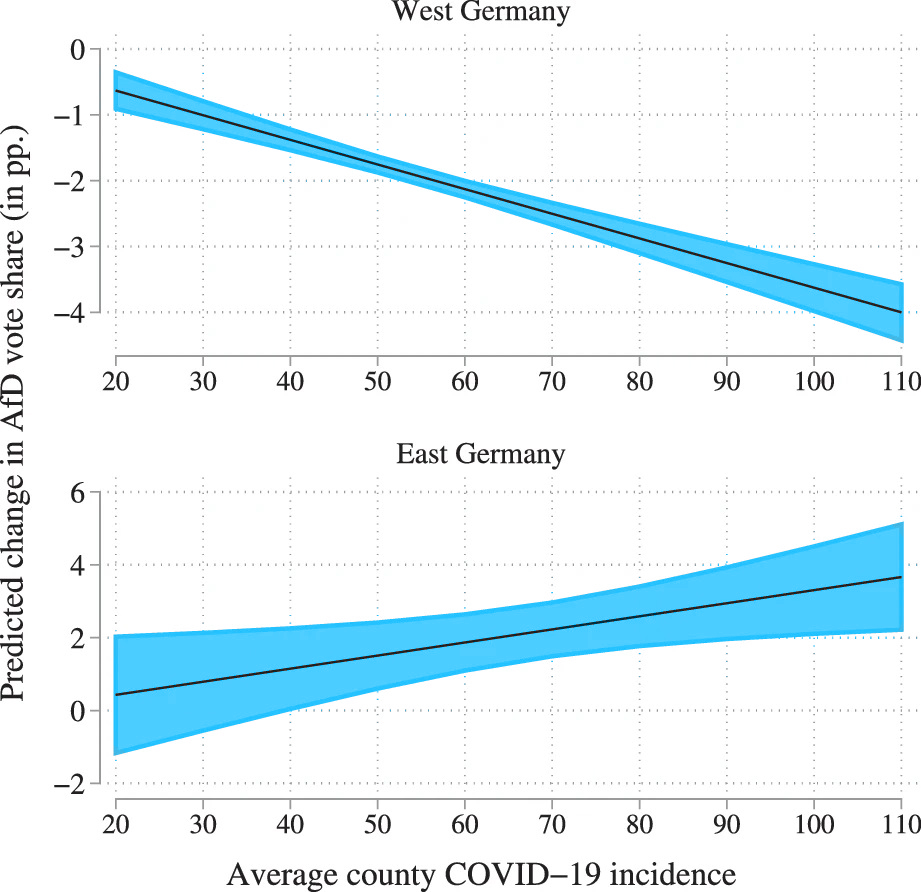 *Translated and republished with kind permission by the author from the original publication on Feldzug Blog /Okzident Media.