This paper sketches the economic costs for EU member countries in case of a reversal of the integration process by dissolving the EU Customs Union, the European Single Market, the European Currency Union, the Schengen Agreement, and the Regional Trade Agreements with third parties. Dissolving the EU Single Market would exert the strongest negative effects on production, trade, and income of EU member countries. Central and Eastern European countries would suffer from over proportionally high losses, whereas established members like Germany, France, or Italy would suffer less. All other steps of disintegration would lead to lesser costs that nevertheless would be perceptible, because the predicted losses would occur year by year after the disintegration shock.

All EU member states would be affected by a reduction in all integration steps. Small countries like Luxembourg (-23.26 percent) and Malta (-17.81 percent) as well as many Central and Eastern European countries such as Hungary (-14.16 percent) and the Czech Republic (-11.97 percent) would have the greatest loss of income, the Slovak Republic (-11.87 percent), Estonia (-11.15 percent) or Slovenia (-10.35 percent). Established members of the EU such as Germany (-5.22 percent), France (-5.63 percent) or Italy (-3.56 percent) would be significantly less affected. The United Kingdom would see the smallest decrease in per capita income (-2.71 percent). In the group of third countries, the countries which, like Switzerland (-2.00 percent) and Turkey (-0.83 percent), are more closely interwoven with the EU through free trade agreements would have to bear the greatest decline in real per capita income are (Figure 1). 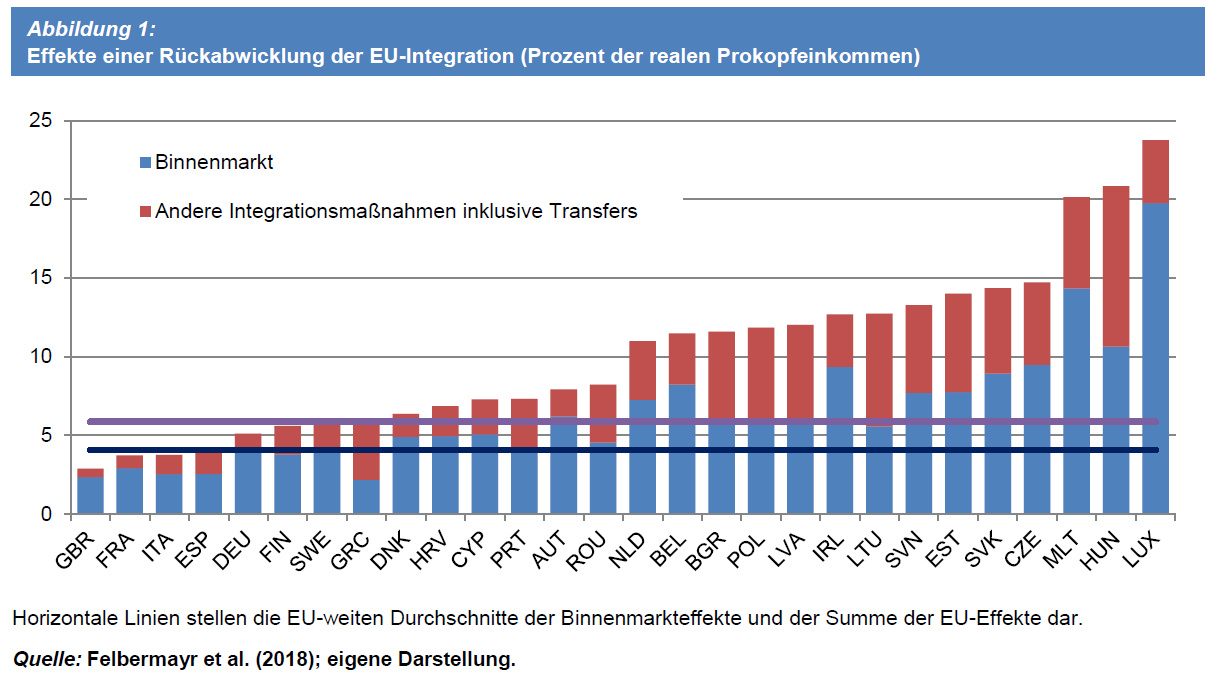 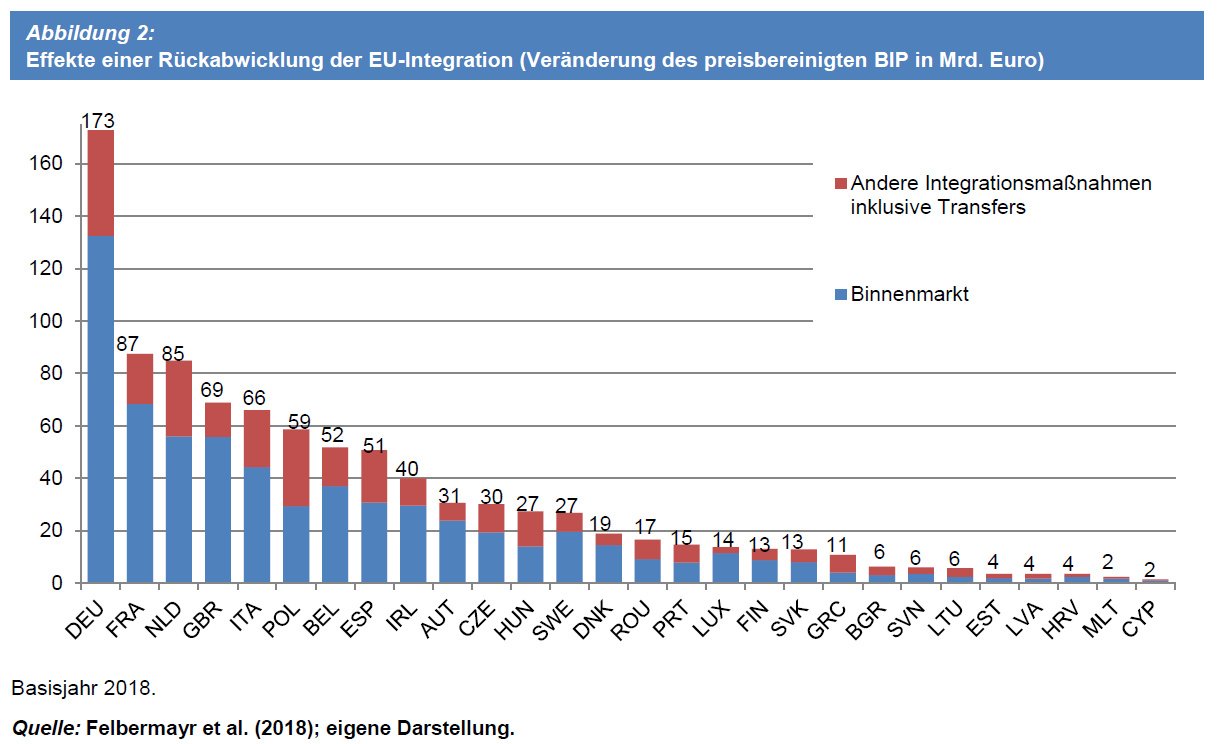 Looking at absolute changes in price-adjusted GDP that would result from reversing the EU (Figure 2), Germany would be hardest hit because of its size; its GDP would shrink by a total of 173 billion euros. The effect on France would be almost exactly half that. This follows on the one hand from the fact that the French economy is smaller than the German economy, on the other hand also from the smaller relative effect. Great Britain has the second largest economy in the EU, yet the profits from membership of 69 billion euros are well below those of the Netherlands. In total, the increase in prosperity for all EU members amounts to around 930 billion euros. This amount is as large as the sum of the gross domestic products of the twelve smallest EU countries.